This morning, a Mormon friend shared with me a post by Rabbi Shmuely Boteach, Are Mormons any weirder than the rest of us? The article artfully analyzes all religions and how to evaluate them. I quote from his article:

Hence, our concern need not be with a person’s faith in public office. It does not matter if he or she is Jewish, Evangelical, Mormon or Muslim. What does matter is whether the person’s faith is focused on relating to God and, by extension, caring for God’s children, or whether that person sees the purpose of his or her high station to promote a particular religion.

By their works ye shall know them.

I believe that is from the Christian scriptures but it is the essence of the Boteach article and the standard by which all people, religious or not, should be judged. 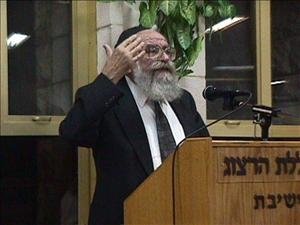 So is religion important or valuable? Can religions be judged?

I would like to share with you in this context a review of the life of Rabbi Yehuda Amital. His biography was just published in Israel. BY FAITH ALONE: THE STORY OF RABBI YEHUDA AMITAL by Elyashiv Reichner, translated by Elli Fischer.

If you are not going to go out and read the book, this review by Yehudah Mirsky is a powerful description of the interplay between the Jewish religion and how it affected the life and thought of Rabbi Yehuda Amital and how he in turn educated a generation of religious Israelis.

By Faith Alone: The Story of Rabbi Yehuda Amital, Elyashiv Reichner’s newly translated biography, is an attempt to understand an extraordinary man and his long, arduous path from a simple Jewish life in prewar Hungary to a unique and controversial place in Israeli religious and political life. …

Amital was born Yehuda Klein in 1924, in the Transylvanian city of Grosswardein (Oradea), home to Hasidim, acculturated and assimilated Jews, Jewish-Hungarian nationalists, and a large concentration of Hungary’s Religious Zionists. After rudimentary schooling, he spent his childhood and adolescence in yeshiva… His father was a tailor and he might well have become one too, had he not been forced to witness the murder of his culture. In May 1944, he was taken away to a brutal forced labor camp, but managed to sneak in an anthology of Kook’s writings with him. His family was sent to Auschwitz. Having twice sworn during his time in the camp that if he survived he would study Torah in Jerusalem, home to his grandparents and two uncles, he made his way there after his liberation. He threw himself into his studies at the Hebron Yeshiva in Jerusalem, acquiring a reputation for fervent, independent-minded spirituality, and for his mastery of halakhic literature…The day after David Ben-Gurion declared Israel’s independence, a Shabbat, Amital enlisted in the IDF. He fought in Latrun and in the Galilee in 1948, and founded a journal in which he published perhaps the first programmatic essay by anyone on being a Jewish soldier in a Jewish army. While savoring Jewish national self-defense in the wake of the Holocaust, he also projected Jewish law and values as a defense against the dehumanization and brutalization of wartime…

He went on to marry and to lead a Hesder Yeshiva in Israel for many years. Hesder is the term for Yeshivas (religious schools) that believe in Israeli army service along with Jewish religious study.

He was also major original political thinker, drawing on his religious study.

Even on the Left, he was as unconventional, unpredictable, and free of clichés as he had been on the Right. In December 1982, he addressed the founding meeting of Netivot Shalom, a religious peace movement (fledgling, then and now) and inveighed against what he said were the three false messianisms stalking the land: Gush Emunim, Peace Now, and that of  Ariel Sharon. Each, he said, presumed to solve complex questions with a single simple answer, respectively: faith, good intentions, and force. But, he said, we need all three, and the wisdom of balance….

The yearning for redemption is rooted not in the [Jewish] people’s terrible suffering, rather the desire to do good for humanity is the essence of its soul.

This, from a Holocaust survivor, was astounding. Promoting a universal ethical vision, he said, must be of the essence of Zionism, not only to save it from the moral hazards of violent chauvinism, but precisely because the ethical message is itself the divine word that Israel is charged with spreading. As he later explained to an interviewer, the difference between his vision of Israel as “a light unto the nations” and Ben-Gurion’s, was rooted in the fact that without a divine foundation, ethical universalism would not survive.