How to deal with racism, prejudice and antisemitism?

This issue has confronted all of us front and center during the pandemic. But, do I need to mention George Floyd, the discovery of thousands of graves of aboriginal children assigned to residential schools in Canada over the last century and the recent spike in openly antisemitic words and actions over the previous year?

Jews have been incredibly shocked by the uptick in antisemitism towards Jews in Charlotteville, San Diego, Poway, Boston, and even in Washington, aside from Brooklyn, Muncie, Montreal, and Toronto, the larger centres of Jewish habitation.

The Jewish people have endured baseless hatred and persecution, defined in recent times as antisemitism throughout history. Nevertheless, they have suffered as a strong and proud community and have not succumbed to hatred of the other. How have they done it?

The State of Israel is heir to this rich biblical tradition, Harkening to the mandate, “Do not oppress the stranger.” Accordingly, Israel has tried very hard to include Arab and other non-Jewish co-residents of Israel in its social fabric. As a result, Israeli Arab citizens are found in every profession in the country, including the government and the army, notwithstanding the Palestinian calumny that Israel practices “apartheid” and “colonialism.”

“Care for the widow and the orphan.”

Israel has always had a social welfare system that includes universal free medical care, public education, and the rule of law applied equally to the rich and poor.

Israel has tried to share her scientific knowledge with many struggling states worldwide.

Israel continues to be the first to arrive with medical supplies and assistance at every national tragedy, anywhere globally, including the US, most recently at the site of the collapse of the SunnySide condo building in Florida.

In his book, Not in God’s Name, Rabbi Sacks analyzes several biblical stories that he claims have been misread, such as the stories of sibling rivalry between Cain and Abel, Isaac and Ishmael, Jacob and Esau, and Joseph and his brothers. Rabbi Sacks demonstrates the underlying premise of the Hebrew Bible that God, the Creator of all humans, loves and cares for each of us equally and wants us to imitate Him and always care for each other as brothers.

He posits that although the roots of antisemitism may be part of our basic instincts as human beings, via human foibles such as sibling rivalry, which I have reviewed in a recent post, Does Antisemitism Matter? Therefore, the only remedy is character development education focusing on brotherly love.

How does one achieve this kind of education?

We can look at Rabbis of the last several millennia and their deep understanding of how education can be meaningful and transformational. Rabbinic teaching uses every possible educational tool to achieve its aims, to educate for a life of brotherly love. These include narrative, questioning, analysis, and repetition. These tools are embedded in every aspect of Jewish life and daily practice. There is no better template for Jewish education than the Passover Holiday Seder, celebrated annually by Jews worldwide and illustrates how these principles are implemented.

Let’s look at how this works by analyzing the Passover seder. 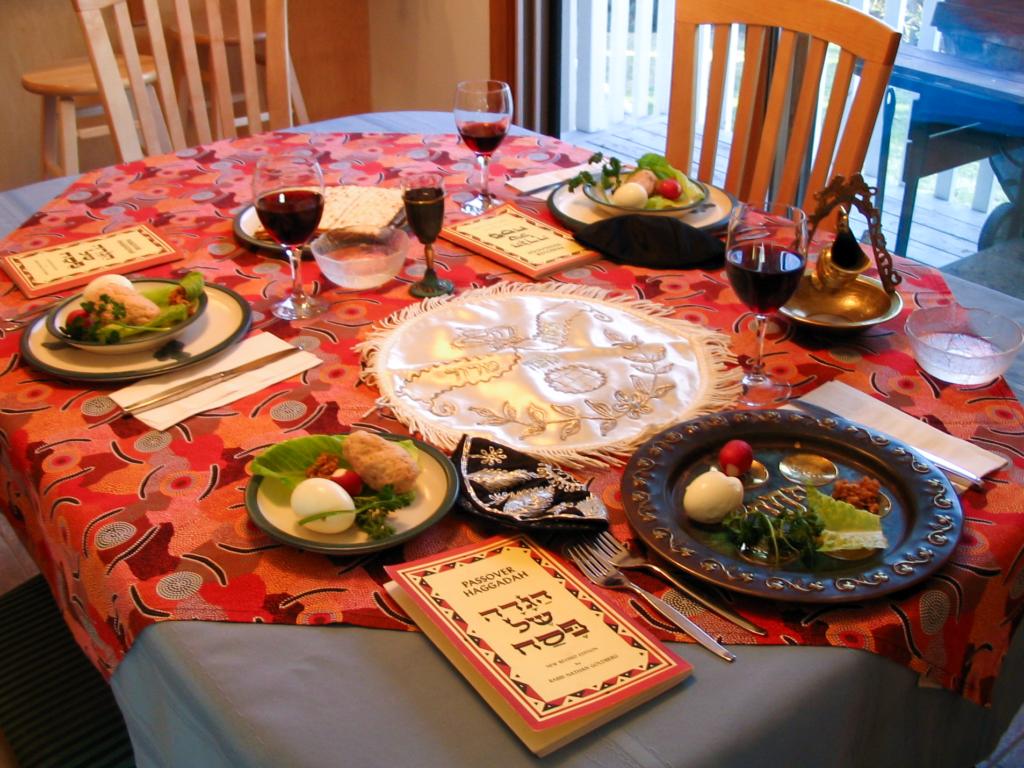 The matzo serves as a reminder to remember what it was like to be enslaved in Egypt and have no control over one’s life. Through tasting the matzoh and the “marror” – the bitter herb, often horseradish also present on the seder plate – we taste the bitterness of slavery and oppression several times during the evening. We recite the Ten Plagues that visited Egypt while dipping a finger in the wine and removing a drop for each plague to remind us that we also feel for the distress of the Egyptians who suffered those plagues and drowned at sea. They are G-ds’ children and God, and we weep for them.

3. You then explain how this is not someone else’s story but your own.

“We were slaves to Pharaoh in the land of Egypt. And the Lord, our God, took us out from there with a strong hand and an outstretched forearm. And if the Holy One, blessed be He, had not taken our ancestors from Egypt, behold we and our children and our children’s children would still be enslaved to Pharaoh in Egypt.” (Haggadah text)

4. You repeat the ritual every year, regardless of circumstances, whether you are in the Warsaw Ghetto in 1942 or Montreal amid a pandemic. The Haggadah text states: Magically, studying this text on seder night and reviewing it year after year, the reading comes alive for us in a different way that connects to our imaginations at every stage of life and our particular circumstances every year.

At my own family’s seder table every year, we shared our family story of having survived the Holocaust in Hungary and having fled Soviet Hungary to rebuild our lives in the safety of Montreal. So no doubt you, too, have your escape from slavery story.

I genuinely believe, If everyone in the world could experience a Passover seder night, the hatred of the world would disappear into thin air.

August 2, 2021, I couldn’t resist this musical satire on the Seder/Passover storytelling by a musical acapella group called 613, A Lion King Passover.