My native language is Hungarian since I was born in Debrecen, Hungary.
At the age of three, I escaped communist Hungary with my parents and baby sister to Vienna, Austria, where I began to attend kindergarten and spoke German in no time. 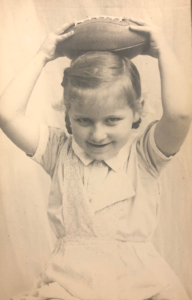 By age six, we had arrived as a family in Montreal, and I began studying in the English Protestant school system, the only public school system accepting Jewish children. So I became an Anglophone in Quebec. In the Protestant English school, we began to study French and Latin in the third grade and all through high school. At the same time, I attended the Jewish afternoon school, where I was learning to read Hebrew and Yiddish, my 6th and 7th languages.

I hardly ever met a French-speaking person when I was growing up in Montreal in the fifties and sixties. This reality is indicative of what has been called the “two solitudes.” The English and the French communities were segregated on either side of Saint Lawrence Boulevard, now called by its French name, Saint-Laurent. As a high school student, I went to the French section with my friend Milly. We used to visit the Montreal Public Library on Sherbrooke street across from Parc La Fontaine. That was like visiting a foreign country, where only French was spoken.

It’s not as if my parents or I had a lot of contact with the English Protestant community of Montreal. Most of the Bancroft Elementary School students were Jewish immigrants like me. And most of my parents’ social circle were similarly Hungarian Jewish immigrants. For example, here is a picture of my one shared birthday party with my sister, Anita, in 1956 with the whole neighbourhood of children and adults invited. 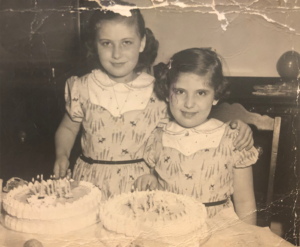 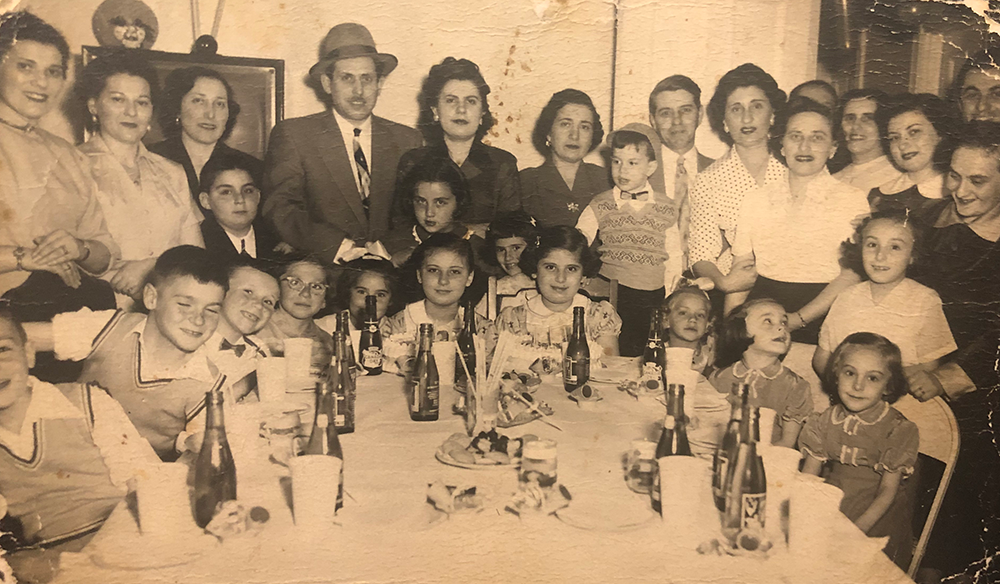 Today I participate in French classes and conversations. I even took a French literature class at McGill, but English is my best language. It is my favoured language to speak, read and write. This is understandable since most of my schooling was in English.

Since my childhood, the public school system has been reorganized. Today all public schools are neither Catholic nor Protestant but secular, and the language of instruction is French. The English public school system survives, but only for a privileged group who can claim a native English-Quebec origin, and even this is under threat by the Legault government.

Note that upper-class French-Quebecers try to ensure that their children acquire excellent English, which is only to be expected since the world’s finances and culture are today dominated by the English of the United States. For instance, Paul St-Pierre Plamondon, the current leader of the Parti Québécois, graduated from McGill and Oxford University.

It is vital to address immigration and how to best integrate immigrants into Quebec society. However, Legault has been using used the immigrant card as the new scapegoat to gain political support. Does Premier Legault forget who has been saving our collective behinds in hospitals, CHSLDs, and frontline services for the past three years when he considers immigrants and non-francophone Quebecers as a threat to social cohesion?

In reality, the contributions of the Quebec Anglophone community and immigrants should not be undervalued.

Faced with what is happening in Ukraine and Russia and climate disasters everywhere, is it wise to be so divisive? Isn’t there a more welcoming way to introduce French culture to newly arrived immigrants? Isn’t it more beneficial to  Quebec society to focus on how immigrants – the majority of whom have extensive knowledge, training, and worldly life experience, can move to Quebec’s outlying regions where they are sorely needed to fill critical labour shortages and, in turn, demystify immigration for rural Quebecers? And why not focus on other vital issues in our society, like the deplorable state of our health care system and the need to coordinate climate change initiatives?

I fear this stubborn effort to “protect the French language” will harm all of us living in Quebec.

1 thought on “The two solitudes: Language and the 2022 Quebec Election”