Theodore Bikel is, at this point, eighty-eight years young. He performs a one hour and forty-five-minute tour-de-force performance without an intermission. He moves swiftly from one part of the stage to another, singing Yiddish standards that enhance the themes. The songs are woven seamlessly into the play’s fabric. It moved me to tears. I believe this play was also made into a documentary.

He made his stage debut in Tevye the Milkman in Tel Aviv, Israel, when he was in his teens. He created the role of Captain von Trapp in  The Sound of Music. In 1969, Bikel began acting and singing on stage as Tevye in the musical Fiddler on the Roof, a play that as also based on the Sholem Aleichem stories: a role he performed more often than any other actor. The production won nine Tony Awards and has become a worldwide hit. Recently there was a movie made about Fiddler on the Roof which reported that almost every day of the year Fiddler is being performed somewhere in the world. My favourite anecdote from the film is of a Japanese person in Japan walking out of the show and asking an American Jew, “Do Americans understand this play?”. Although the story is based on the Yiddish shtetl, the theme of intergenerational conflict in the midst of historical realities is universal.

Theodore Bikel was also a widely recognized and recorded folk singer and guitarist. In 1959, he co-founded the Newport Folk Festival.” (Source: en.wikipedia.org/wiki/Theodore_Bikel)

I had two other personal connections to Theodore Bikel. 1. His recording of Jewish folk songs below first introduced me to Yiddish music and I think I learned Yiddish by listening to this record. 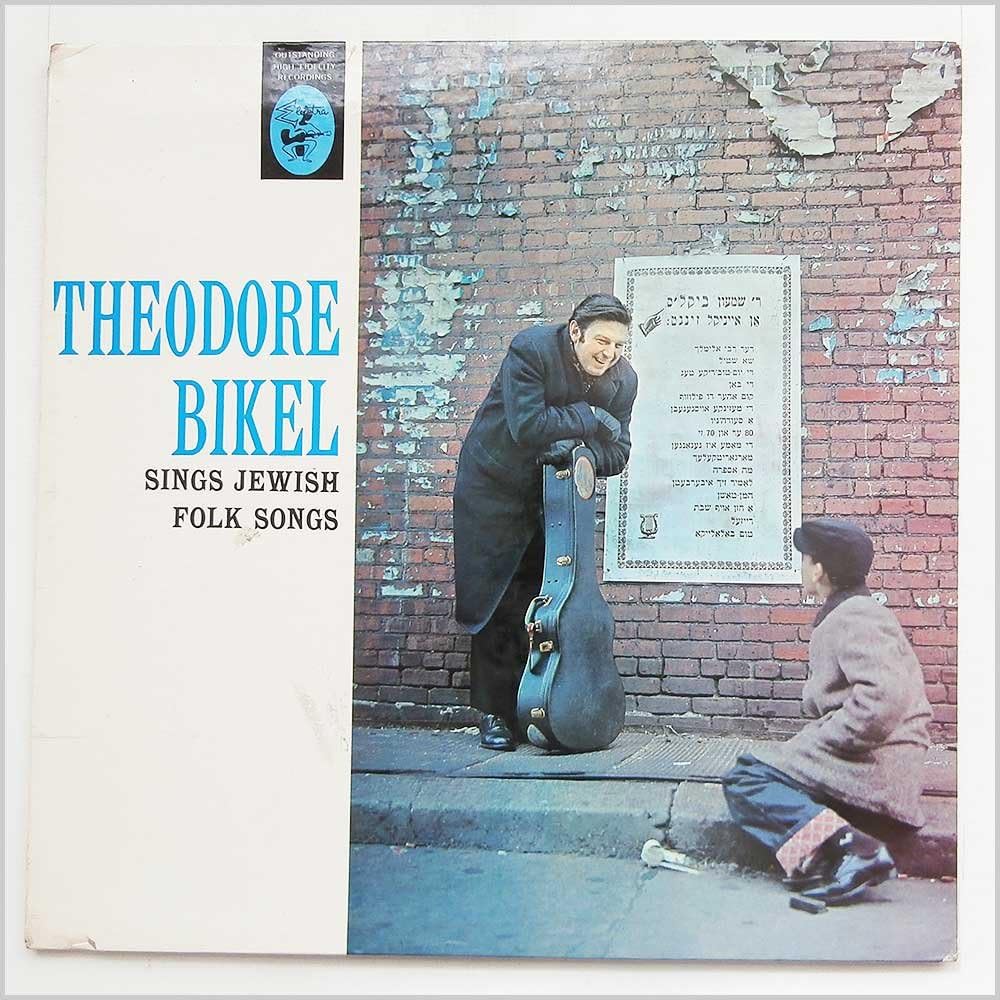 Second, I once belonged to a NY City choir that performed at the Hollywood Bowl in Los Angeles in honour of Israel’s Independence Day. We rehearsed in Theodore Bikel’s private dressing room! He performed in the same program and came to greet us backstage after the concert. I remember him fondly. And as I was recently clearing out my apartment I discovered these photos from that time.

Thank you, Theodore Bikel, for bringing Sholem Aleichem to life for another generation.